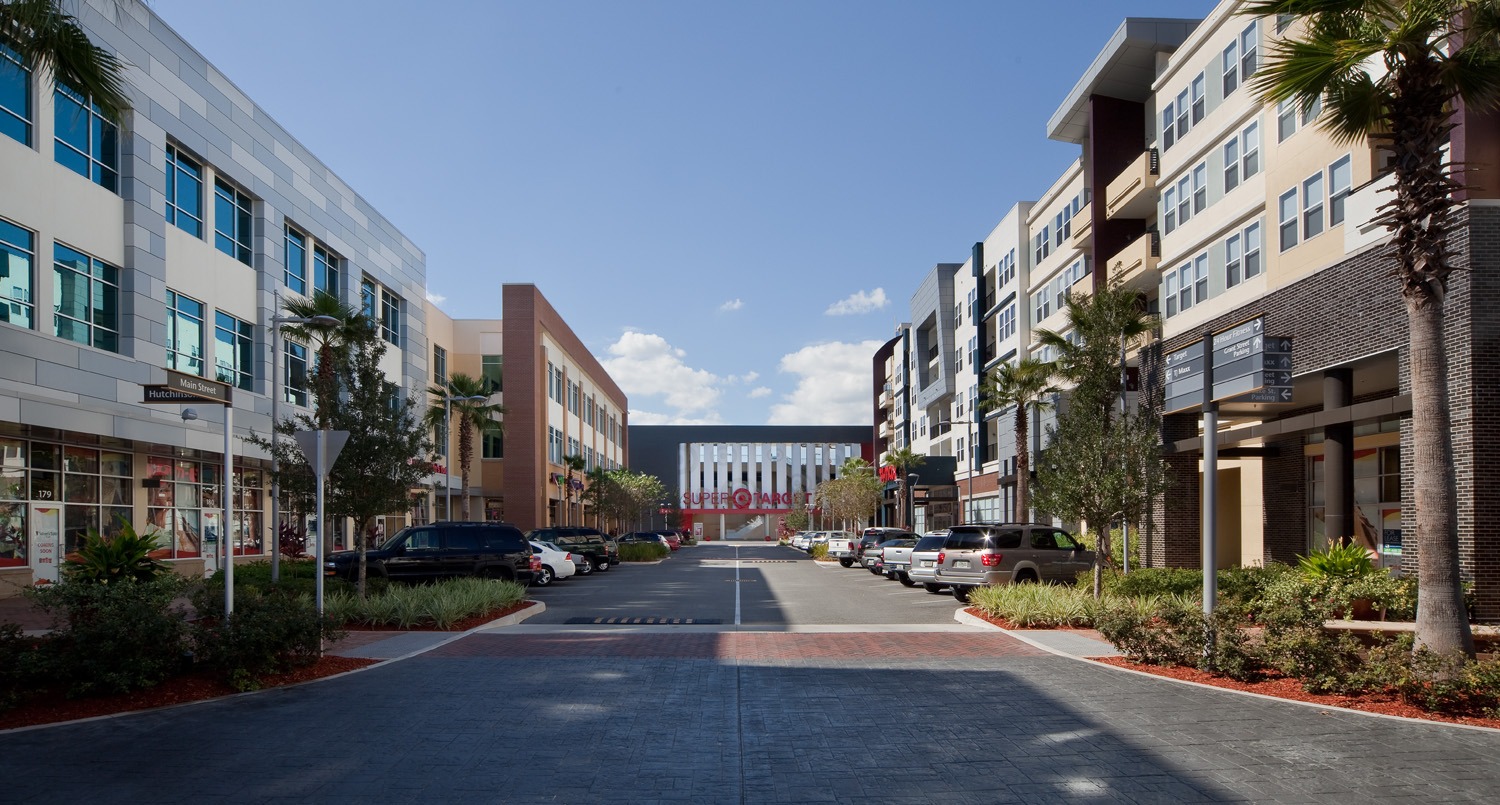 The emerging real estate projects touted by Orlando Mayor Buddy Dyer in his 2006 “state of the city” address included Premiere Trade Plaza, 55 West condominiums and the Dynetech tower in the city center — and SoDo, the regional live/work/play development just south of downtown.

Of those projects, only SoDo has evaded the problematic bankruptcies, lawsuits and fundamental business-model shifts that came to define the other “best real estate hits” in Dyer’s 2006 speech.

Still, the SoDo midrise has struggled more than most of the other downtown projects that came out of the ground just as real estate values began to plummet in 2007. Some of its mid-size retail spaces have never had a tenant in the six years it has been open. And with the number of empty storefronts it has now, the development far exceeds the region’s average 9 percent retail vacancy rate.

“It doesn’t mean it’s a failure because it has all that vacancy. Some retailers are doing well there,” said retail specialist John Crossman, president of Crossman & Co. in Orlando. “It’s really just the volume of space.”

Like Baldwin Park on the city’s northeast side, Crossman said, SoDo has such an abundance of commercial space along its main shopping corridor that it becomes difficult to fill it.

Along SoDo’s main drag, pedestrians can saunter into Jason’s Deli, 24 Hour Fitness, Super Target and TJ Maxx. But in between those anchors tenants are empty storefronts and For Lease signs. Chairs remain stacked where Asian Twist restaurant used to serve sushi. Behind the glass of other display windows are the remnants of now-closed shops and salons.

The development’s location, near the busy intersection of Orange Avenue and Michigan Street, doesn’t seem to be the problem. Around the corner, an older shopping center that is almost completely leased recently landed one of the largest Publix grocery stores in the area — plus a Walmart Neighborhood Market.

New York-based Kimco Realty developed the urban-style SoDo on 22 acres next to one of the region’s largest employers — Orlando Regional Medical Center. The project fronts one of the area’s busiest thoroughfares, Orange Avenue, which carries 33,000 vehicles daily. Also, it’s a short, straight shot down Michigan to Interstate 4.

SoDo’s office space, loaded with medical-related tenants, is completely leased, and Orlando Regional Health Institute has set up its training offices in some of the property’s prime retail space. Also, the 300-plus Lofts at Sodo are essentially all filled.

With ample traffic from cars and pedestrians, enviable anchor tenants, an urban design with free covered parking, and a location that’s next to a major employer and close to the city center, SoDo’s empty storefronts are a puzzle.

Paul D. Parma, Kimco’s Southern regional president, said the project may have been a little early for the area, “but it’s getting there.” He said several national tenants are poised to lease space and add to the mix of eateries and shops.

In terms of the challenges the project has faced, Parma said shop owners would love to have signs along Orange Avenue, but the city restricts their use.

“It doesn’t help to have the signage the way it is. But those are the rules and Kimco plays by the rules,” he said. “… It would be great to have more exposure for the shops.”

One SoDo retailer that seems to do well, signs or no signs, is Jason’s Deli, where lunch customers can search in vain for an available table. Jason’s salad-bar worker Sabrina Peters, 27, said the midday crowds pack the place, though it’s slow at dinner and the restaurant struggles to earn a profit because of “high rents.”

Kimco has lowered the rents for tenants able to show lagging sales; other rents have remained the same. Writing down rents is nothing unusual — especially in Florida, Parma said. Kimco owns 100 shopping centers throughout the state and has dropped rents in most of them in recent years.

James Mitchell, who oversees retail space for CBRE in Orlando, said tenants in Orlando signed agreements in 2007, near the peak of the real estate cycle. Since then, the rates on those leases have been reduced 25 percent to 30 percent.

As much or more than the leases, Mitchell said, the challenge for SoDo has been its design, which funnels traffic into parking garages instead of surface parking.

“This concept and idea is still very much foreign to the Orlando consumer,” he said. “… In my opinion, this has hurt demand for SoDo, as many consumers would still rather have a traditional shopping/parking experience.”

Jorge Rodriguez, director of retail services for Colliers International, said the Orlando market may not have been ready for parking that’s set off from the shopping.

“Urban is good, but it’s tricky when you’re not a big metropolitan market,” Rodriguez said. “Floridians in particular are very picky about how they shop. They want to park as near to the front door as possible.”